Summoned: Book One of the The Elemental by Susan Leigh Noble 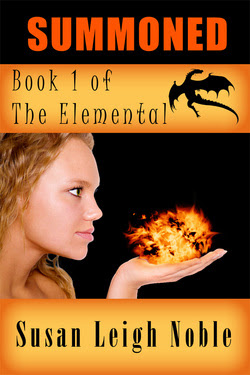 At the age of four, Lina discovered she could start fires with a mere thought – a trait which had died out long ago. Cautioned by her telepathic cat, Tosh, she kept this Elemental power a secret to avoid being an outcast. That was easy to do growing up in the remote grasslands of Zena.

Now eighteen, she had no plans to leave her beloved homeland. So when a strange urge compels her to travel north to an unknown destination, Lina resists this unnatural feeling. But her plans to stay in Zena are taken out of her control when she is kidnapped by gypsies and wakes in a foreign land. The desire to travel north is as strong as ever. She fears she will have no choice but to give into the compulsion. When a raging fire prevents her return home, she realizes she must find out once and for all what or who is summoning her.

On her journey, Lina befriends an odd assortment of allies. Together they battle mystical creatures and unnatural forces despite the fact that such magic had died out over 800 years ago. Lina reluctantly begins to use her innate Elemental power as she becomes more certain that someone is using magic against her. When she discovers the shocking truth, it will change her life in ways she could never imagine. Amazon 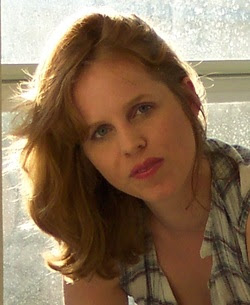 Susan Leigh Noble has always loved to read. She has been writing since childhood – anything from poetry, short stories, news articles and finally full length fantasy novels. She has always loved dragons, magic and cats so it is no wonder she put them all together in her “The Elemental” trilogy. When she isn’t writing, Susan is an active volunteer in her neighborhood and at her children’s’ schools. She lives with her husband and two children in Texas.

Summoned and two hundred other indie published ebooks are included in the IAN Christmas Kindle Fire Giveaway! For contest info and to enter to win a Kindle Fire HD 8.9 CLICK HERE


IAN Christmas Kindle Fire contest is sponsored by The Wardstone Trilogy
Posted by William R Potter at 7:48 AM