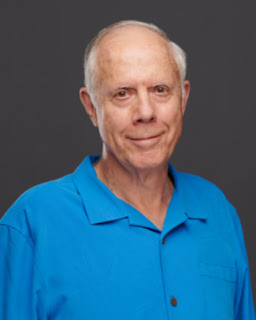 Born and bred in Chicago M.J. Polelle spent a year in Germany on a Fulbright Scholarship before graduating from Harvard Law School. He began his career as a civil litigator. His career took a turn when he became a professor of law, first at DePaul College of Law and then at John Marshall Law School, both in Chicago. He taught constitutional law and served as a Special Assistant State’s Attorney for Cook County. He is now an emeritus professor from the University of Illinois Chicago School of Law, formerly John Marshall Law School. He now lives in Sarasota, Florida with Donna, his wife.

M.J. Polelle: My latest book is American Conspiracy (Lido Press: 7/23/21). When a presidential election is thrown into Congress after a candidate’s assassination the finger of blame points to Detective Jim Murphy of the Chicago PD who in an indelible moment of distraction was out of position in protecting the candidate. Determined to salvage his reputation, he throws himself into an investigation of the mysterious disappearance of Chicago gangbangers.

His investigation uncovers not only a family secret but a grisly web of gangbanger murders leading to Sebastian Senex, an aging pharmaceutical tycoon at death’s door. Senex is determined to cheat dementia and death with secret blood research at Promethean Pharma.

He also has secret political project to restore the great America of his youth. A rejuvenated Senex and General Horatio “Hardass” Harrison plot a coup against a United States on the brink of social and political chaos. Detective Murphy teams up with his estranged brother at the Justice Department and Dallas Taylor, the “backdoor” president elected by Congress, to thwart this act of treason.

How far will some go to hang on to life and power over the next generation? 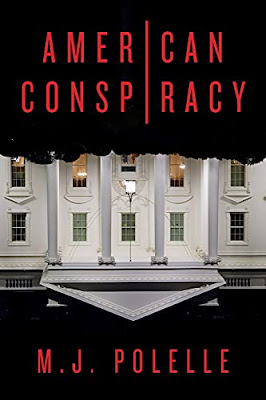 M.J. Polelle: My novel is published in both.

M.J. Polelle: American Conspiracy is available for purchase on Amazon and Ingram Spark. My website, www.mjpolelle.com provides more options for purchase as well as more information about me and my novels.

IAN: What inspired you to write American Conspiracy?

M.J. Polelle: My years of teaching constitutional law where I saw the potent booby traps in our Constitution involving presidential elections. Some almost came to pass in the 2020 election.

M.J. Polelle: I winged the first draft and let my imagination rip.

IAN: How long did it take to write American Conspiracy?

M.J. Polelle: It took about a year and a half to write the novel.

M.J. Polelle: The title American Conspiracy did the best job of conveying what the heart of the novel was about.

M.J. Polelle: I don’t believe in “cartoon” main characters in mystery/thrillers who are one-dimensional and seem like supermen or superwomen. I prefer complex characters…like people in real life.

M.J. Polelle: Steve Berry and Dan Brown would be my mentors for the kind of novels I’m writing now.

M.J. Polelle: I’m reading The Mark Of The Assassin by Daniel Silva whose style I admire.

M.J. Polelle: Pat Agnew, a true Chicagoan and friend, who understands and appreciates literature and what writers go through and is willing to help in any way he can.

M.J. Polelle: I see writing as my “second act” in life after being a lawyer and law professor. It is fun, energizing, and I do it primarily for the joy of writing when I have something to say. It’s a career where financial gain is not the primary objective at this stage of my life.

M.J. Polelle: When I wrote my debut novel, The Mithras Conspiracy (Lido Press: 2019) I spent a delightful week in Rome, Italy doing research on the cult of Mithras since the novel was set in Italy. American Conspiracy is set primarily in Chicago, my native city, so I fortunately didn’t need to travel there during the lockdown period of COVID-19.

IAN: What was the hardest part of writing American Conspiracy?

IAN: Do you have any advice for writers?

M.J. Polelle: Enjoy the writing journey and let it lead you to unexpected places.

M.J. Polelle: I just finished American Conspiracy. I’m allowing the well of imagination to fill up again and letting it tell me the direction of my next novel.

Posted by William R Potter at 10:49 AM No comments: