American Conspiracy by M. J. Polelle is On Sale 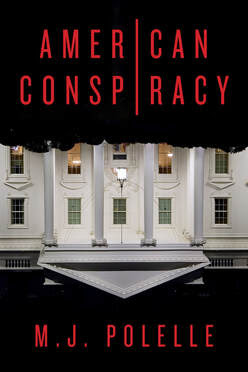 When a presidential election is thrown into Congress for resolution after the assassination of the presumed president-elect, Detective Jim Murphy of the Chicago PD teams up with Commissario Marco Leone and the new "backdoor-elected" president, Dallas Taylor, to confront a political conspiracy orchestrated by Sebastian Senex, a pharmaceutical tycoon, to take over a United States on the brink of chaos with a military coup.

Get your copy today.

Posted by William R Potter at 9:09 AM No comments: 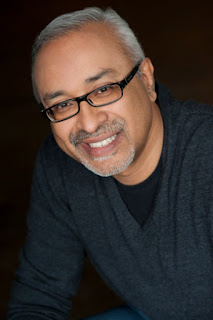 Razi Imam's debut novel MASTERS OF THE BROKEN WATCHES has won the 2021 IAN Book of the Year Award, 2021 Readers' Favorite Bronze Medal Award, and the 2020 American Fiction Book Award. In addition, his book is also listed as a finalist in The Wishing Shelf Book Award.

He has an uncanny knack of creating stories that are a cross-section of global cultures, mysterious science, human ingenuity and hard-hitting action adventure. His dream has always been to write books that would inspire readers to get involved in solving some of the greatest challenges faced by humanity such as hunger, poverty, illiteracy and disease.

He is also the CEO of 113 Industries, an Artificial Intelligence company where his work in understanding human behavior inspire his stories.

Razi Imam: Master of the Broken Watches. An action adventure like Indiana Jones, a science adventure like Jurassic Park and a human feel-good story like Slumdog Millionaire.

Masters of the Broken Watches is a must-read.

Sebastian Miles and his team of marine biologists stare at their watches. Time outside their lab has jumped forward by twenty-two hours. Minutes before this illogical space-time event, they were analyzing a mysterious glowing nodule extracted from an unknown marine specimen. 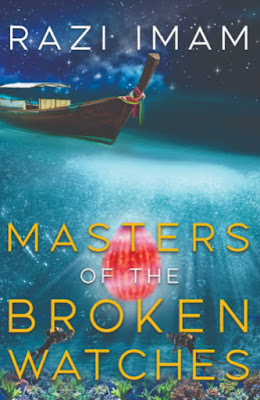 News of this marine life reaches powerful governments, inadvertently triggering a race to hunt, capture and control it. But these governments and their nationalist leaders have never faced a team of scientists known as the Paramarines. They have no idea to what lengths Sebastian and his Paramarines will go in order to protect the species from capture and exploitation.

The first of a multi-book series, this genre-bending novel leaves readers on the edge of their seats. Thrilling like Blake Crouch and science-driven like Ted Chang, all approached in ways you’ve never seen before. A captivating adventure, a heartbreaking story of love, and a true display of human ingenuity and bravery in the face of overwhelming odds.

IAN: Is Master of the Broken Watches published in print, e-book or both?

IAN: Where can we go to buy Master of the Broken Watches?

IAN: What do you hope your readers come away with after reading Master of the Broken Watches?

Razi Imam: I hope my readers would want the book to be true. I wish to inspire them to get involved in solving some our great challenges humanity faces today through the art of storytelling.

Razi Imam: All the locations, such coffee shops, buildings, towns and villages are actual places one can visit. And the scientific research is real.

IAN: How is Master of the Broken Watches different from others in your genre?

IAN: What books have most influenced your life most?

Razi Imam: Klara and the Sun

Razi Imam: Everything. I am not a trained writer. I failed most of my grammar and English classes. Not sure how and when I developed the desire to write and now I love it.

Razi Imam: Balancing the time with my fulltime business. I feel strong sense of guilt if I ignore either of my passions.

Razi Imam: Relax and write. Do not be in a hurry. Enjoy the process. Let your mind go to places and experiences. It is a gift you have and don’t question your ability.

Razi Imam: The next book I am writing is book two in the series. It is called Masters of the Vanishing Walls. The story picks up from book one and the adventurer continues.

Posted by William R Potter at 10:57 AM No comments: 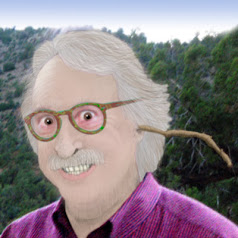 Tim Doyle is an award-winning political illustrator/humorist. Tim's acute eye for detail and resolve to present images truthfully has been developed by working as a commercial photographer/film maker in a previous career. During this time, Tim received numerous awards both nationally and internationally. By turning his creativity to political satire, Tim has been able to distill the broad range of political misfortune into an accurate portrayal of wrongs within the system. Tim's plans are to keep making the public aware so that change can happen, if only we are actively involved. As the late U.S. Representative and activist John Lewis said, "When you see something that is not right, not fair, not just, say something! Do something! Get in trouble! Good trouble! Necessary trouble!"

Tim’s academic past has included a diploma in photography from the Center for Creative Studies, Detroit, a BFA in drawing from Wayne State University, Detroit, and a post-graduate diploma from the London Film School, London, England.

Tim resides between London, England and the US.

Tim Doyle: Welcome to the Swamp: An Illustrated Journey into the Deplorable World of Donald J. Trump is a relentless, cringe-worthy, boldly illustrated look at the foibles of the Trump administration, certain to grasp your sense of reality and throttle it. From talking trash on the toilet to giving a thumbs-up to the Capitol insurgents, Trump has astounded his admirers and critics alike.

This fly-on-the-wall book of political indiscretions allows the viewer to witness, without the danger of an inflicted Twitter rampage, the most abhorrent acts of self-interest by Trump and his cronies. Although it represents a sad state of affairs, Welcome gleefully pokes fun at the Cheeto-in-Charge and his ensemble of misfits. It is a compelling read that will make you laugh and cry at the same time.

IAN: Is Welcome available in Print, eBook of both? 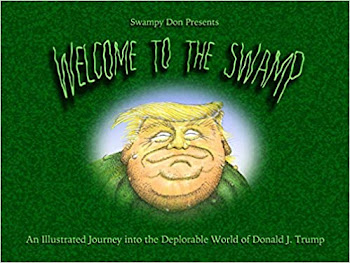 IAN: What inspired you to write Welcome to the Swamp?

Tim Doyle: Current events and the need to voice my opinion on what I found offensive in the previous administration.

IAN: How long did it take to write Welcome to the Swamp?

Tim Doyle: I was able to complete the book from initial concept to finished printing and distribution in just over 9 months.

Tim Doyle: The concept of Swampy Don was inspired by a Stephen Colbert interview with Jon Stewart on June 25, 2020. During the interview, the conversation turned to Trump’s nicknames for everyone within his realm. Whether friend or foe, the monikers remained derogatory. Dragging Trump into his own game and bandying about possible names, Stewart announced, “He’s not draining the swamp! He is the swamp! He’s Donald Swamp. Ol’ Swampy Don. With eyes fixed to the camera, Stewart implored the audience to forever refer to Donald Trump by his new name. Thus, was born the character of “Swampy Don” who is listed as the author of Welcome to the Swamp. Once I had the concept of Swampy Don it was easy to form a title around his view of the swamp and Donald Trump.

IAN: How much of Welcome to the Swamp is realistic?

Tim Doyle: 100%. The book is based on headlines and accompanying articles. Every headline/article is referenced with a date, name of publication and author/byline.

IAN: How is Welcome to the Swamp different from others in your genre?

Tim Doyle: I don’t know if there are others that are similar in style. Most humor/satire is done in a conventional word-based approach. “Welcome” is primarily illustrations depicting the events of the day with accompanying headlines.

Tim Doyle: Yes, definitely! I have found that creating an impact and possibly influencing peoples’ thought processes is stimulating and rewarding. As the late U.S. Representative and activist John Lewis said, "When you see something that is not right, not fair, not just, say something! Do something! Get in trouble! Good trouble! Necessary trouble!"

Tim Doyle: I designed both the cover (front and back) and the inside layout and illustrations.

IAN: What was the hardest part of writing Welcome to the Swamp?

Tim Doyle: Trying to keep up with current events. I had to know when to stop. There was so much political information to choose from it was difficult to pre-edit prior to illustrating.

IAN: Tell us about your next book. Is it a sequel or a stand-alone?

Tim Doyle: 2021: A Year in Review: The Aftermath is a sequel to Welcome to the Swamp.

2021: A Year in Review: The Aftermath is a critical and irreverent retrospective of the political landscape of 2021. Although humorous in design, The Aftermath is a no-holds barred approach to stripping the skin off some of the most egregious offenses of the first year of the Biden administration. Witnessing Donald Trump's never-ending stranglehold on the Republican Party will have you gasping in disbelief and chuckling while trying to catch your breath. Whether you consider yourself Red or Blue, the illustrations and accompanying press articles will delight, enrage, elicit tears...and, hopefully, laughter as well. Enjoy the rollercoaster ride that was 2021.

Posted by William R Potter at 2:43 PM No comments: