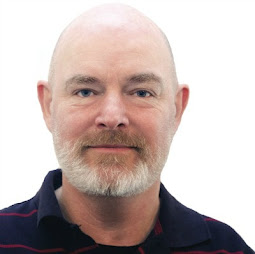 Philip Yorke writes historical fiction novels and is currently in the process of publishing a five-book series about the English Civil Wars, and the life of Parliamentarian cavalry officer, Francis Hacker.

His first book, Redemption, has received widespread critical acclaim, with one reviewer hailing it as “a well-told tale as close to real life as you’re ever likely to get”.

A former investigative journalist in the UK, Philip has had a life-long interest in history, particularly the events that defined the seventeenth century and anything, and everything, to do with the reigns of Rubert the Bruce and Edward the First.

Philip Yorke: Rebellion is set in the First English Civil War and tells the story of Francis Hacker, a Captain in the demoralised Parliamentarian army that’s seeking to clip with the wings of King Charles the First.

The bloody war has already been raging for almost a year and forces opposed to Charles are close to defeat.

In desperation, John Pym and Oliver Cromwell enlist Hacker to spearhead an audacious plot to bring down Charles and restore peace to the ravaged land.

Courageous and loyal, Francis is drawn into a deadly deceit that may cost him everything he holds most dear…

Rebellion is popular read in the UK, US, Canada, Japan and Australia.

In August 2020, the Historical Novel Society’s Historical Novels Review praised the book, stating: “The first-person, present-tense account is a quiet, simple narrative rich with emotion. Little is known about the real-life Hacker, yet Yorke breathes life into him. Like us all, he has frailties, but dearly loves his family and God. The secret mission, spy and murder episodes may seem like separate interludes in the book; in actuality, they are as intricately and artfully interwoven as a spider’s web and no one is left untouched.” 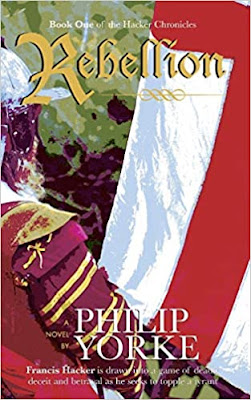 IAN: Is Rebellion in print, e-book or both?

Philip Yorke: Rebellion can be bought in paperback and e-book formats.

IAN: Where can we go to buy Rebellion?

IAN: What inspired you to write Rebellion?

Philip Yorke: A visit to the UK’s National Civil War Museum; it was here that I met Francis Hacker for the first time and learned of his contribution to British history. From the moment I was introduced to his life story, I was hooked.

Philip Yorke: I get to know my characters and write from the heart. I do a lot of research, and create ‘quasi outlines’, but I tend to start writing and seldom refer to them. By the time I start tapping away on the keyboard, I usually know where a chapter is heading.

IAN: How long did it take to write Rebellion?

Philip Yorke: Rebellion, which is just over 100,000 words long, took about six months to research and write. It then took a further four months to get everything formatted, proofed and ready for publication.

Philip Yorke: I write in the first-person. And I try to make the story as authentic as I possibly can. This means I write to a very specific historical timeline, making sure the main threads of the store have credible links to the actual events of the time.

IAN: What do you hope your readers come away with after reading Rebellion?

Philip Yorke: Good question. I want people to understand the complexities of everyday life that enveloped everyone who lived during seventeenth century. It was an incredible time, when faith, the arts and remarkable men and women really started to define the modern world. People did incredible things because of their beliefs. They even died willingly because of the causes they served, refusing to take the easy way out just so they could live longer.

I really think there are some lessons today’s generations could learn from the period.

IAN: How much of Rebellion is realistic?

Philip Yorke: I hope all of it is realistic. The feedback I have received from readers, so far, suggests it is.  I am always on the lookout for feedback, and I seek to learn from it (and apply it to my writing) whenever it is offered.

Philip Yorke: Without doubt, it would have to be the late and great, Nigel Tranter, a brilliant exponent of the craft of blending historical fact with a wonderful story. His books, in my humble opinion, are ‘unputdownable’! He never sought to be a populist author, preferring instead to be an authentic writer. As a result, his many works are wonderful to read. If you haven’t heard of him, my encouragement is check Nigel Tranter out, particularly his trilogy on Robert the Bruce.

Philip Yorke: I have just bought Burning the Books by Richard Ovenden. It describes itself as “a history of knowledge under attack”. It covers many instances of literary and ‘thought’ suppression – including the period of the Reformation in England, when Henry VIII’s agents burned many thousands of books produced by monks and Catholics.

Philip Yorke: Most certainly. But I doubt whether I will earn royalties on the scale of JK Rowling!

Philip Yorke: I used to play rugby union, and the team I was a part of appeared regularly in the local, regional and national press. When I was looking for a job, the lady who became my mother-in-law suggested I write to my local paper to see if they would be willing to advise me on how I could become a reporter. The paper’s editor replied to my letter within three days – offering me the position of fulltime ‘rugby writer’. I took it and used to report on the games I actually played in. This was in the late 1980s, and you would never be allowed to do it today. It was as hard, and as easy, as that!

Philip Yorke: I try to describe the towns and cities my characters live in and frequent as accurately as possible. To this aim, I travel reasonably extensively. Being based in the middle of England – and with the books focused on England – it means I never really have far to go. And I always make sure there is a good tea shop close by, for an ‘emergency’ cream tea!

Philip Yorke: Write for you, and not your imagined audience. You need to love your book and be passionate about the characters you have created. If you don’t, how can you expect others to find your work interesting?

Make sure you are thoroughly absorbed in your main character/s. Develop values and a back-story for each of the main people you introduce to the reader. There needs to be depth and personality, not just a name.

Try and make the mundane interesting. At least 80 per cent of a book isn’t that exciting. But if it is well written, even making a cup of coffee can be made to sound interesting.

Make sure your story contains some surprises. If it’s predictable, your readers will quickly lose interest. Writing a plot/storyline is critical in this regard.

Don’t stop! At times, it will be hard working bashing out a few hundred words, never mind several thousand. But persevere. Write regularly and you’ll be surprised at how quickly you can accumulate 50,000 words.

Philip Yorke: Redemption – the sequel to Rebellion – is the second novel in the Hacker Chronicles series. It will be published on 11 January 2021, and tells the story of Francis as he seeks to come to terms with the tragic events of 1644.

It is a fast-paced tale of ambition, betrayal, heartbreak, faith and war, all inter-mingled and played out during one of the most turbulent periods in British history – when brother fought against brother in a bid to oust a tyrant King from the English throne.

At its heart is Francis’s determination to gain vengeance against Gustav Holck, a sadistic Royalist mercenary who kills and tortures his victims for pleasure.

But Holck is a formidable foe, and the odds are heavily stacked against Francis as he seeks to bring to justice the man who has caused his own family such grievous pain.