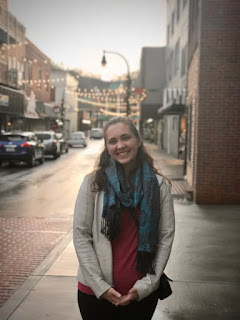 Author. Teach for America alum. Management consultant. Dedicated dog-mom. Whether she's inspiring students to love world geography through games, technology, and a sense of humor or helping her clients disaster-proof their businesses, she brings passion, dedication, and excitement to every adventure. As an author her writing deals with the intersection of fantasy, reality, and identity.

Told she would never walk again after a nerve injury; Bridget began writing what would become her debut novel to simply process what she was feeling. However, the story quickly took on a life of its own, and she realized that the power of Alex and Caidy's world could help other people the same way it changed her life.

Bridget Smith: A Blade knows all, sees all, and tells few.

Warden Alexander Laurent faces returning to a kingdom and a life he left behind long ago. He didn’t expect to see her so soon, or the look on her face—the look he’s responsible for. When he stumbles onto a plot that endangers not only Caidy, but the entire kingdom, Alex takes the burden upon himself to stop it even if it costs him everything.

Lady Caidelene is busy preparing for the fabled Harvest Festival, the most important celebration in Rosemoor Dell, when Alex returns suddenly. She had dreamed of his homecoming, but not like this - it’s like he can barely look at her. As the Festival draws closer, and Alex pulls further away, Caidy is left wondering: did he ever really love her?

Summer Twilight is set in the intricate world of the Mezrani Empire, where not everything is as it seems. Can Alex and Caidy find a way to survive a dangerous plot to destabilize the throne? Or will they find themselves caught in the machinations of the Empire itself; their fates inextricably tied with that of the world?

IAN: Is Summer Twilight published in print, e-book or both? 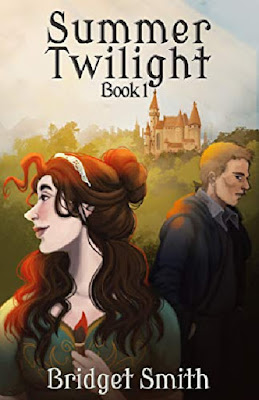 IAN: Where can we go to buy Summer Twilight?

Bridget Smith: When I first sat down with Summer Twilight, it was a single scene: a young man and young woman, riding through a mountain pass. I wanted to understand how they reached that moment, to explore the world they lived in, so I sat down and wrote out the scene. That in turn raised more questions (as good stories ought to), leading me back in time to the events which led these characters to the mountain pass.

Once I got serious about turning these disparate scenes into a story, I sat down and outlined. It was pretty simple; I used a spreadsheet, added in the big milestones I knew were going to happen, and then filled in the details. I wrote “Netflix episode” descriptions of each chapter, 1-2 short sentences which helped remind me what I needed to have happen, but were very light on the details.

IAN: How long did it take to write Summer Twilight?

Bridget Smith: I got the idea for Summer Twilight in 2012 during my senior year of highschool, when I had just been diagnosed with a chronic nerve condition and was facing potentially spending the rest of my life in a wheelchair. Then, it was a way to cope with and process how I was feeling, a kind of creative journaling.

Once I got to college, I got busy and I left Alex and Caidy alone in their world. I focused on other things, content to return to writing only occasionally, to scratch a creative itch. I didn’t actually return to Summer Twilight until 2018, when I was dealing with severe anxiety and needed to rekindle my coping strategies.

It was during this bout I realized I really had a story to tell, and that with a little more structure, it could help other people the way it helped me. When I got serious and outlined Summer Twilight, I wrote the entire narrative in about three months, in between grad classes and working a full time job.

IAN: What do you hope your readers come away with after reading Summer Twilight?

Bridget Smith: I hope readers have a cathartic experience with Summer Twilight. We all face different struggles, we all make mistakes, and we all struggle with Imposter Syndrome. Summer Twilight is the product of my own fears and insecurities, and I think has real power to help you feel less alone.

On a lighter note, it’s also a fun adventure, if you want to leave the seriousness behind and just explore a brand new world with pirates, murder, mystery, and delicious food.

IAN: How is Summer Twilight different from others in your genre?

Bridget Smith: In Summer Twilight, I really tried hard to combine my favorite parts of the fantasy genre. There is rich worldbuilding, a diverse cast of characters, and an adventure tinged with magic and mystery. However, there are two things about Summer Twilight which really set it apart from many modern fantasy novels: the length and the characters.

One of the biggest reasons people don’t read fantasy books are because they’re so long! You’re committing to multiple 500+ page books with complex, intertwining plots. Don’t get me wrong--I love those series. But, it also makes it hard to just flirt with the genre, to get your adventure fix in a fantastical world. So, Summer Twilight is purposely written on the shorter side (about 350 pages total), with bite-sized chapters which shouldn’t take you more than 15 minutes to read, so you can enjoy it in manageable chunks.

Second, I put a truly ridiculous amount of time and energy into making my characters feel like normal people who happen to live in a medieval, magical world. Often in fantasy, characters feel superhuman (or, you know, are!), which is incredible but also not super relatable. It’s hard to connect on a personal level with an all-powerful elf queen who can see the future, or a dragonrider warrior. Alex and Caidy, as well as the other characters in Summer Twilight, are designed to break that mold; they make mistakes, struggle with insecurities, have triumphs and successes, and face failure, just like you and me.

Bridget Smith: I’m so grateful to my fiance for all the love and support he gave me throughout this process. We both love the fantasy genre (Lord of the Rings marathons are an annual occurrence), and we both play Dungeons & Dragons (D&D) together. His worldbuilding in our D&D games actually helped inspire me in my own world! I’m so thankful to have someone in my life who encourages me to be creative, believes in me, and is always up to help me problem solve when my characters just won’t behave.

Bridget Smith: I see writing as something I truly and genuinely love. When I was little I wanted to be an author, but having grown up, I’ve realized that I want to be a lot of things. I love my job, I love the volunteer work I’m able to do, and I love having a writing project to turn to at the end of a long day. Because writing is a passion, it’s something I’ll do as long as I love it--and so far, that shows no sign of ending.

Bridget Smith: I’ve loved writing as long as I can remember. When I was 11, I wrote a 200-page book about unicorns (innovatively titled “The Story of the Unicorns”) which I confidently told my mother I was going to publish. To her credit, she believed in me and supported me instead of laughing me out of the room.

I’ve always written because it helps me. It’s a way I can be creative and express myself without worrying about the bounds of what’s possible and realistic, and a way I can understand how I’m feeling or what I’m dealing with. I consider myself incredibly lucky to have writing as a coping mechanism, particularly given the trials of 2020!

Bridget Smith: Write because you love it. Seriously, the minute writing starts feeling like a chore, you should put it down and step away until you’re excited to pick up a pen again (or open the word document. You get it). Loving what you’re doing will always make your product better, and it’ll make you more likely to actually finish your book. Plus, if you choose to publish (which, by the way, you don’t have to do), you’re going to spend a LOT of time talking about your book. If you love it, that’s much, much easier.

Bridget Smith: Summer Twilight is the first in a fantasy series following Alex and Caidy as they battle the Freelark threat to Rosemoor Dell….and uncover a far more insidious threat to the throne. The next book in the series will deal with the consequences of the events of Summer Twilight, and explore complex themes of freedom, ethics, and morality.

Posted by William R Potter at 3:24 PM No comments: