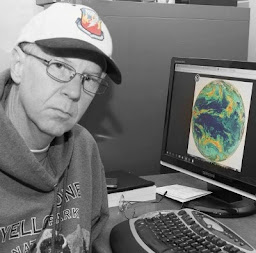 David Billingsley grew up in Texas and currently resides in Salt Lake City, Utah. He has written three self-published novels and co-authored a Vietnam-era novel with a Vietnam veteran. Full of twists and turns, mystery, romance, and suspense, his three books leave readers guessing until the end. Yet fully dimensional and deep characters, warts and all, are the focus of his stories. When David’s not writing or working his day job, he’s out photographing the landscapes and animals of the West.

David Billingsley: The Connection is actually my first manuscript, which lay idle for fifteen years. It tells the story of Sandy McAllister, a radio DJ in the small West Texas town of Dinley. Following the tragic loss of her husband and son, she's carved out a steady, solitary existence. No more deep friendships, no more love, no more loss.

But that carefully scripted life is suddenly disrupted by the appearance of a mysterious drifter. His arrival on a warm summer evening coincides with the eruption of addictive and powerful feelings she cannot control or deny. And she's not the only one. The women of Dinley are attracted to the stranger too, yet the men are driven to such rage upon his appearance, they want him driven out of town or dead.

The bond, the connection, with this stranger threatens to turn Sandy’s life inside out and polarize her town.

And it's not the first time this has happened in Dinley. Part mystery, part romance, part sci-fi, it is a tale like no other. IAN: Is The Connection published in print, e-book or both?

David Billingsley: Both e-book and print.

IAN: Where can we go to buy The Connection?

David Billingsley: Amazon.com Author Page or through the links from my page here at IAN.

IAN: What inspired you to write The Connection?

David Billingsley: The inspiration for The Connection came from a scene I witnessed in the year 2000. I stood in front of the AM radio station and witnessed a drifter walking down the other side of a two-lane highway in rural West Texas. The potential “what-if” story just hit me.

David Billingsley: Both to some extent. I work from a basic outline, yet each of my stories have deviated significantly from the original outline. So, when I do take a new direction in the plot or a character “misbehaves,” I redo the outline. Gives me the freedom to the let the story unfold while having some plan for it.

IAN: How long did it take to write The Connection?

David Billingsley: Altogether, it took almost two decades! (I wrote two other books and co-authored one in that time frame.) I completed the first manuscript in the early 2000s. I set it aside to work on another idea and never came back to it. The final result is my best work, IMO.

David Billingsley: The titles are all simple two-word titles starting with “The.” What few readers realize is that there is a question in these titles. Whose Redemption? What Switch? Which Connection? The answer may not be apparent until the end of the book.

IAN: What do you hope your readers come away with after reading The Connection?

David Billingsley: The simple pleasure of being immersed in another world for a short-time and feeling a bit surprised, though satisfied, at the end of the story. I simply want to write a good book to entertain.

IAN: How is The Connection different from others in your genre?

David Billingsley: I struggle to define the genre of my novels. The three books are a mix of mystery, suspense, and romance, and the last one has a bit of sci-fi mixed in. My books are clearly different from most others that I have read, and not being able to distinctly define my genre has probably hurt me from a selling perspective.

David Billingsley: One book, Lady by Thomas Tryon, really inspired my imagination. It was required reading in my college freshman English literature course (many decades ago). The book is beautifully written but admittedly slow at first. Once you find out Lady Harleigh’s secret, I dare you to put the book down before finishing the final third of it. It made me want to write books full of deeply interesting characters but with some kind of surprise in waiting. It’s not the best book I’ve ever read; yet it’s the first to really influence me.

IAN: Is there anything you find particularly challenging in your writing

David Billingsley: Time and marketing. My day job still takes up a good chunk of my calendar. Marketing as a self-published author could be a full-time job (and a very different skill than writing). That said, the “writing” part is the least challenging and most satisfying for me.

David Billingsley: Write for personal enjoyment and satisfaction. If you are in it for the money, it’s a HUGE uphill battle. After book one, don’t depend on your friends for book sales.

David Billingsley: My next book is untitled. I’m still in the preliminary outline and research part of the process. It will be the first in a series (5 to 7 titles) set in post-Civil War New Mexico in the 1860s. The series will feature a U.S. Army officer and his female companion who solve crimes, similar to the detectives in the modern mystery genre, but featuring a unique environment and deeper characterization. It is an ambitious undertaking.

Posted by William R Potter at 9:07 AM