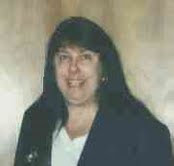 Sharon Cupp Pennington’s short stories have appeared in numerous online and print venues, with anthology contributions to The Rocking Chair Reader in the Coming Home edition (2004) and Family Gatherings (2005), A Cup of Comfort for Weddings: Something Old, Something New (2007), and Good Old Days Magazine (March, 2007). Her debut novel, Hoodoo Money, was released in May 2008 and the sequel, Mangroves and Monsters, in November 2009. She resides in with her husband, Wayne, where she is currently working on her third novel in this series.

Things are not always as they seem in the Big Easy…

After her almost-wedding to a bigamist, successful children’s author Braeden McKay has given up on love. She’s content to live vicariously through her imaginary heroine, Platypus Pearl, and a gaggle of adventurous, web-footed cohorts — until a working vacation in shakes up her quiet, structured world. Had she known that souvenir nickel stolen from the grave of a hoodoo woman would catapult her into a nightmare of betrayal and murder, she would have insisted her friend put it back.
Cursed nickel or unfortunate happenstance? Sanderson Montgomery isn’t one to discount the supernatural beliefs of others. This is the Big Easy, after all, to the spiritual and the superstitious. As a veteran detective, neither does he ignore cold, hard fact. And the fact is, someone or something is bent on harming Braeden McKay, and it’s up to him to protect her while keeping his heart out of the mix.
Can love, the very thing Braeden wants no part of, be the one force greater than any adversary — even a hoodoo curse?
Mangroves and Monsters
Charlie Cooper, reluctant teacher by day and broken-hearted wanderer by night, is a man desperately in love with a dead woman.
But is Angeline St. Cyr really dead?
The supermodel fell victim to an auto-pedestrian accident in New Orleans. Police reports and medical records substantiate the severity of her injuries. Cosmetics mogul Mathieu Fournier, her former boss, orchestrated a cremation and memorial service. The paparazzi swarmed celebrity attendees. Fans mourned.
Call it gut instinct, call it what you will, but Cooper is convinced Angeline's death was an elaborate scheme Fournier sold to the world. He isn’t buying it, nor is his heart.
A tenuous lead draws him to the Caribbean island of Jacqueme Dominique. Only Cooper isn’t alone in his quest. By chasing his dream of rekindled love, he becomes embroiled in murder, treachery and abduction at the hands of his old nemesis Willem Voorhees — a merciless killer.
For five long years Cooper’s love survived while he searched for Angeline. Will finding her cost him his life?
Sharon Cupp Pennington
Posted by William R Potter at 10:12 AM