Piety and Murder by Thomas Drinkard 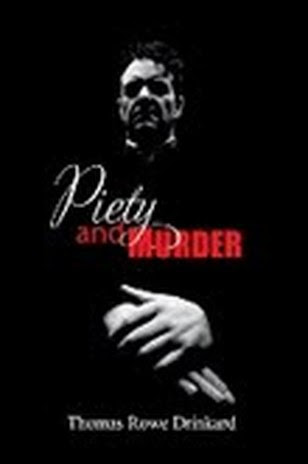 Mack Brinson has two major problems. He is trying to recover from the long trauma of losing the love of his life—his wife Song. Now, his only family, Song’s mother Huong, is being systematically, and legally, bilked by a sleazy televangelist’s organization. When Brinson goes to the smarmy preacher’s headquarters in an attempt to stop the thievery, he is physically threatened. Brinson is a former Green Beret and isn’t intimidated. He goes after the preacher in an attempt to gather embarrassing information. When he gets too close, someone tries to murder him in a running gunfight on the Lake Ponchartrain Bridge. Along the way, Brinson meets a woman, Pattie, who finally begins to dissolve the emotional walls he has erected. He begins to learn how to love again. There is an unseen hand behind the preacher’s organization. The face of the antagonist is unclear, but when Huong is kidnapped, Brinson has to call on his old Special Operations contacts to find the kidnapper and rescue her. The face of the man behind the televangelist finally becomes clear and shocking. Vengeance: slow and awful lies ahead.
Available at Amazon/Kindle
Barnes&Noble nook
Thomas Drinkard at IAN