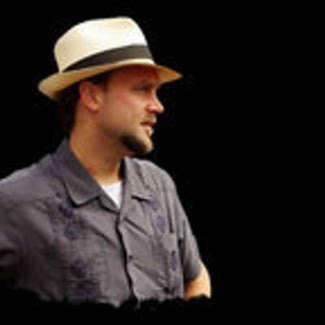 Joel D. Hirst is a writer and novelist. Author of the recently released “Lords of Misrule”, he has also written “The Lieutenant of San Porfirio” and its sequel “The Burning of San Porfirio”. He is currently working on “From the Camps”, the saga of a boy from a refugee camp in East Africa. Hirst has worked as an international aid worker for almost two decades, and has been a fellow at the Council on Foreign Relations. Hirst is a graduate of Brandeis University. He lives in Gilbert, Arizona.

Joel D. Hirst: “Lords of Misrule” is the story of a young Tuareg boy who is brought into conflict and forced to flee his country of Mali. It is about his journey across the Sahara to become an Islamic Judge (Qadi) and jihadist, before he finds something that changes everything in the dusty libraries of Timbuktu. It is the tale of the making and unmaking of a jihadist.

IAN: Is Lords of Misrule published in print, e-book or both?

IAN: Where can we go to buy Lords of Misrule?

IAN: What inspired you to write the book? 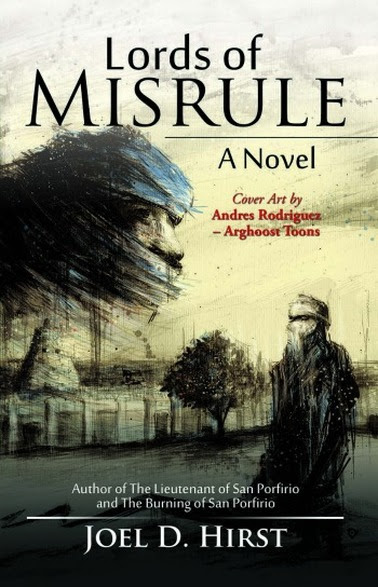 Joel D. Hirst: We are in the midst of a dramatic international conversation on the issue of violent Islam, especially as terrorist attacks keep hitting the west and the Islamic State and their atrocities dominate the news cycle. There is a tendency to oversimplify issues and appeal to stereotypes or to simplistic arguments, without recognizing that Islam also has its own history and people their own motivations. Through this novel, I am telling the story of a young Tuareg boy who gets caught up in Jihad, and why. And how he finds his way out of it – and what the consequences are. The novel delves a lot into Islamic tradition, as well as Tuareg/Saharan history. Specifically, it looks at traditions of rational thought in Islam, Aristotelian philosophical traditions that were lost almost 1000 years ago and have not yet been re-discovered, and what would happen if they were. It is a hard story, but an honest one which adds my perspective to some of the ongoing debate.

Joel D. Hirst: That’s an interesting conundrum. I try to make an outline, and I usually know where my protagonist ends up at the end of the story before I write it. But when I sit down and start to write, the travails and travels and circumstances for the protagonist sort of write themselves. So I have found that I don’t do too well with a formal outline, just milestones that I want to arrive at and let the story fill itself in as I go along.

Joel D. Hirst: I use lots of magical realism in my writing. My novels series of “San Porfirio” were Latin American magical realist novels written as dictator novels. “Lords of Misrule” also has magic, this taken from Islamic and pre-Islamic Saharan traditions, which I think you’ll find both interesting but also gives flavor and color to our understanding of different societies. Besides that, “Lords of Misrule” is written in third person limited point of view. It is sweeping, and epic – and holds closely to the flavors and sights and smells of the Sahara.

Joel D. Hirst: I hope the book allows readers to reflect on the real reasons why terrorism exists, what some of the motivations could be, and what are some ways that the power of the mind is used to combat violent ideology. The book is not meant to lecture, it is instead meant to give people a look into the mind of a young man who finds himself fighting on the ‘wrong’ side and what he feels about that, and what steps he tries to take to save his soul.

IAN: What books have most influenced your life most?

Joel D. Hirst: More than individual books, authors. My favorite storyteller is W. Somerset Maugham; and it is from him that I learned how to story-tell (I like Moon and Sixpence; I love Of Human Bondage – although I found it immensely sad). I learned magic from Isabel Allende (not all her work I like, and her political leanings annoy me, but Eva Luna is a masterpiece). And Ayn Rand of course was pivotal in my understanding of the individual as the central character in their own story – the fight for freedom and meaning and reason (Atlas Shrugged of course, but I prefer The Fountainhead. That story is a little more honest and tries less hard to be philosophical).

Joel D. Hirst: I would love writing to be a career. It’s a difficult time for new authors, as all writers know. Publishing houses only invest in a ‘sure thing’ and the ‘democratization’ of the publishing world, while a good thing, makes it a little hard to break through into to the general public. These are not complains, just realities. Writers have always faced challenging times to make themselves heard above the fray. This is not new. All that to say, right now I hold a day job, which I do love, but which also allows me the income and experiences to continue to write until one of my novels “makes it”.

Joel D. Hirst: I come from a family of educated folks. My father has a PH.D. and my house was always full of books. My brother is a journalist and a writer (non-fiction). So writing, as a natural result of thinking, has been something that I’ve known forever. I started writing fiction after living for 4 years in Venezuela during the apex of Hugo Chavez’s “revolution”, and saw so much there that was novel-worthy and that there was no way to express in non-fiction that I decided to tell a fictional story about what I had seen. The struggles of ordinary people to find meaning in their lives under political project that wanted all of their attention. The desires of the poor to be free from hunger, and the desires of the rich to be free from the poor. An honest story that does not really take a side, necessarily, but that shows why the ideas led to the apocalypse; all of this ended up being “The Lieutenant of San Porfirio”. I followed this up with “The Burning of San Porfirio”, which starts with the collapse of the political project and the death of “El Comandante” and follows the protagonists as they try to re-discover humanity and rebuild their lives after the revolution sputtered out. “A modern day, secular Pilgrim’s Progress” is what it has been called.

Joel D. Hirst: I have been blessed with wide travel. I have visited four continents and more than fifty countries; Africa, North Africa, Latin America, and Europe. I have lived for more than thirty years overseas, in some of the hardest places in the world. These travels have made me sensitive; they have made me sad. They have robbed me of my feeling of invincibility and they have made me question a lot of what I believe and was taught. But my interactions with people has given me a deep commitment to their struggles, which is something that comes out in all my writing.

Joel D. Hirst: The artist for all my novels is Andres Rodriguez, a company called Arghoost Toons. He is Argentina and lives in the southern interior of that country.

IAN: What were the challenges (research, literary, psychological, and logistical) in bringing your book to life?

Joel D. Hirst: Lords of Misrule is my best written (according to my editors), and most challenging, novel. It took me 2 years to research and another year to write. I had to research Islamic thought, philosophy, traditions and history. I also had to learn about Tuareg and Berber history and traditions and then I had to weave those together over the backdrop of an epic Saharan tale. All of this required a lot of reading and talking to Tuaregs and Muslims from different traditions. It helped that I was living in Mali for these years, and so I had direct exposure to so much of the fabric of the novel. And then the book went to an Islamic scholar to make sure it was accurate and respectful, as well as to an Amazigh (Berber) expert to ensure that the traditions of that ancient people were respected. It was a heavy life, and I invite you to pick up a copy and immerse yourself in something foreign, yet enrapturing.

Joel D. Hirst: I have finished writing and am currently editing my 4th novel, provisionally titled “From the Camps”. It is the story of a boy’s from a refugee camp in East Africa and his hard journey to manhood, and meaning. It is a story of poverty and of violence – for too many people across Africa, it is their life’s story.

For more information about this author and his books click here > Joel D. Hirst
Posted by William R Potter at 6:29 PM