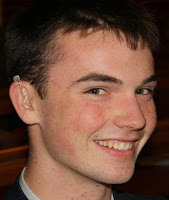 Hello! So my name is Sam and I write under the pen name S.P.M Barrett. I am an Irish citizen and I have been soaked by more showers of rain then I have seen sunshine! Aside from the obvious fact that I am an author (I know, I am a little shocked too!) I have a few other passions, ranging from dodgeball, dancing and ketchup. I absolutely love to taste new types of ketchup and yes, it’s as delicate an art as tasting wine. I love animals and wanted to be a vet but had decided to become a comparative physiologist instead and now I write Sci-fi and fantasy. A bit of a jump I know but I think that you’ll enjoy the story I have to say.

So Underbelly was born almost completely of procrastination. I had my exams in third year of college and I really did not want to study. I felt this uncontrollable urge to create and craft and I tried to quell it by writing a bit of poetry but it wasn’t enough. Then I remembered that one time my English teacher had tried to get me to publish a short story that I had written for an exam and I had refused to, I decided to use the story as a skeleton. So Underbelly was born. It was so much more than the short story I had originally wrote; the Dynomamian Empire rose from my mind and conquered Islandari and it is into this unstable world that Merissa is born into and the warring factions savaging for control. Beautiful conflict, and I was somewhat inspired by a quote by one of my favourite authors “darkness does not always equate to evil, just as light does not always bring good.” P.Cast. Merissa soon finds out that not everyone in the Underbelly is not as straight forward as it seems.

I’m very excited to be working on the next book Surface, the next in the Turf Wars series. It feels amazing to be looking at a blank screen and pages again and feeling like I could go anywhere with it (obviously I have a rough idea where I’m going but why not take the scenic route and meet and see interesting things and people?).

IAN: You’ve mentioned that you have a background in science and as a Sci-fi author, does this feed into how realistic your book is?

S.P.M Barrett: That’s actually a good point and it raises an idea that I’ve come away with from doing my course. As a fantasy author too, one might expect me to believe in magic however as I have a strong science background, I no longer believe in magic, just unexplained science. While for others this may be a buzzkill, for me it means that I have to think of logical reasons as to how something has happened. I think that it’s incredibly tempting for fantasy, and Sci-fi authors to an extent, to just wave a wand around and just fix the problem. But as I introduced new elements of the story to Underbelly, I had to really think each of them through and make them as watertight as possible. I wanted people to believe the story was possible.

IAN: Interesting, since you’ve put this much thought into the mechanics of the book, would I be right in presuming that you have a specific message for readers? 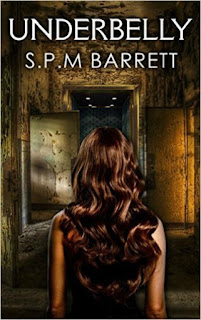 S.P.M Barrett: Aside from, please enjoy the story! I am a big advocate for mental health awareness and in all of my works, I tend to tackle a particular facet of the stigmas that surround mental health. In Underbelly, it was all about forgiveness and learning to trust again. While I believe that there are some unforgivable acts and that distrust forms naturally, holding that kind of baggage is just so corrosive to our mental health and as a species we tend to generalise. So if we are hurt enough, we learn not to trust anyone and I decided to explore this as an undercurrent theme in Underbelly.

IAN: So do you see writing as a career?

S.P.M Barrett: Absolutely, I am actually working in Eason and sons and this is the main book shop in Ireland. So I can see the business side of it and there is certainly a career to be made out of it. It’s hard, it’s gruelling and it’s full of doubt. But that is what makes it rewarding! Even if in the end and no one likes my writing at least I can hang up my pen saying that at least I tried.

IAN: Since the road to becoming an author is so difficult, if you could have a writing mentor, who would you have?

S.P.M Barrett: J.K Rowling. Without a doubt. I don’t think I would even use her as a writing mentor, she seems to be such a genuinely lovely person that I would love to be on friendly terms with her. Sure it might even be nice to have deep meaningful conversations about life and beyond in the wee hours of the morning. And if some of her genius does rub off of me, I’ll not complain!

IAN: You’ve already touched on this, but what exactly inspired you to write Underbelly?

S.P.M Barrett: So as I’ve already said Underbelly was essentially a procrastination project. At the time I had just discovered Wattpad, a free publishing website where you could just post up a story and others could read it for free, vote and comment on it. So I did that. I threw up a chapter every day for 19 days, with no editing. It went all around of the world, it was read by nearly 900 people in 6 of the 7 continents and I got huge support for it and it convinced me that maybe this story was worth publishing. But the real push came when a mole on my left hand started changing colour and bleeding and for several days I thought that I had melanoma. I remember standing in the shower thinking that I had cancer and thinking that I was going to die, it was singularly the most terrifying thought I ever had. But I was thankfully given the all clear and I had the mole removed as a precaution but in those weeks I knew that I wanted to do and that was to tell people stories and to share my insights into this crazy thing we call life.

IAN: Oh wow, that must have been intense. Did you have much support outside of your family?

S.P.M Barrett: Oh yes, I have a wonderful partner John who was my rock. He’s not much of a reader though! But he soldiered through all of my drafts of Underbelly and I think that nearly says more, when someone does something that they don’t like when they know that it’s important to you, you know he’s a keeper! I had also a great support in the form of my friends and even at work, my colleagues were always supporting me with my ups and downs. I have also recently made contact with the only Sci-fi and fantasy magazine in Ireland, Albedo and I’m hoping that they become an even greater help than they have already. I also had a kickstarter project to raise funds for my book trailer for Underbelly and that has made a great community that is so supportive.

IAN: Ok I just a couple of more questions before we wrap up, as I am sure that you’re aware writing is hard, but what did you find particularly difficult about writing and what advice would you give to other novice writers?

S.P.M Barrett: I think for me, the actual difficult part of writing, are the nitty gritty details. I always excited to write the interesting parts but the dry parts that were necessary to advance plot can sometimes be a little boring and I struggled to capture the magic within myself to power through it. There was one part where I spent weeks going through it to get it right because it was so detailed and it was like chipping away at marble, a sliver of stone here, a chunk there. Eventually it was there but my mind was a little fatigued! I think this feeds into the advice that I would give to new writers, keep at it. Write what you want to write, free speech exists for a reason. Everyone has a story to tell and it’s up to you whether or not you get to tell it.
Posted by William R Potter at 5:47 PM