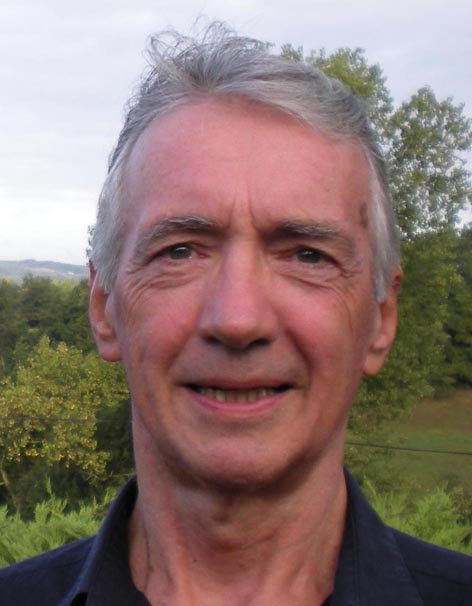 I started writing fiction as a student at Trinity College, Dublin, and continued as a journalist in Athens and then as a leader writer on the Daily Express in London. I had a brief period as a University Tutor, but then set up my own business as a Creativity Consultant with Accountants and Management Consultants - where one challenging contract involved my trying to show nuclear scientists where they might dispose of nuclear waste! I then moved to writing fiction full time, which I love and want to take further.

P. Rowan: Harps & Tears centres on Bronkovski, a Polish/US nuclear scientist whose wife left him for a Jewish environmentalist. He is furious, and intent on revenge against Israel. When we meet him he is making a nuclear bomb in Ireland's West Cork for ruthless Islamic activists. My main man, US journalist Rudi Flynn, is lured in and seduced by Irish charm and blarney, but he knows that Middle East money is funding the deviant nuclear scientist in Ireland. There are ruthless rogues everywhere, including Irish politicians, but Flynn's lesbian hotel receptionist agrees to seduce and probe the evil Bronkovski. Despite his battered self-esteem following his wife's affair with another woman, Flynn soon meets a  succession of enchanting women - in particular, ex-prostitute, Claire, with whom he embarks on a passionate love affair. As he blunders into the terrifying conspiracy between Bronkovski and his Middle East funders, Flynn gets warned off and is eventually assaulted, with a near death experience involving murderous assassins. Eventually, however, there is sufficient evidence to persuade Irish politicians, who have been backing Bronkovski, to disown him, which allows British aircraft to bomb the deserted Irish seminary for missionary priests, where he has been hiding.

IAN: Is Harps & Tears published in print, as an eBook or both? 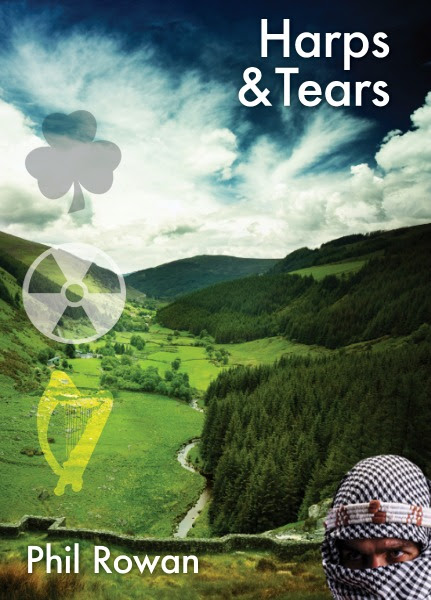 P. Rowan: It is an Amazon Kindle e-book.

IAN: Where can we purchase a copy of Harps & Tears?

P. Rowan: Kindle copies at http://amzn.to/XkUuHq  All my books available at http://viewAuthor.at/PhilRowan Visit my IAN page for more info about my 4 dark humor thrillers - http://bit.ly/1CapXQX

IAN: Do you use an outline or do you just wing a first draft?

P. Rowan: I used first person present tense (taking on the identity of my main man Flynn) for my dark humor thrillers. But for the story I'm presently writing, I have reverted to third person past tense, and I am enjoying the different writing experience.

IAN: How do you come up with your titles?

P. Rowan: Dark Clouds features a nuclear mushroom cloud cover as ISIS try to nuke London. Weimar Vibes has a movie picture of Marlene Dietrich on the cover as I was trying to present an image of those dark 1930s pre-war days in Germany. Under Cover has (I think) a rather attractive spy + flags for the main undercover secret service agencies. Harps & Tears is set mainly in Ireland, where I've got a nuclear symbol (for the nasty scientist) + a shamrock and a harp - with a scary jihadist waiting covertly for evil opportunities, which will bring tears to the eyes!

IAN: How much of Harps & Tears is realistic?

P. Rowan: Well - rural Ireland is maybe a good place for an embittered Polish American nuclear scientist to construct nuclear weapons, which can then be shipped secretly in fishing boats or covert (at the time maybe Libyan) submarines to the Middle East. It hasn't happened yet ... but who knows what might evolve!

P. Rowan: As a young Catholic growing up in Ireland, I was very much taken with those authors who were banned by the Church! My favourites were by James Joyce, J.P. Donleavy and Henry Miller. But I was later drawn to Scott Fitzgerald, Ernest Hemingway and - much later - Primo Levi, who shocked and moved me with tales of his survival from an Auschwitz nightmare.

P. Rowan: James Joyce or J.P. Donleavy - but maybe Scott Fitzgerald if I met him in Paris!

P. Rowan: Brooklyn by Colm Toibin. I was hooked by the movie, which was great, and I'm enjoying the adventures of young Eilis in New York, where - like a lot of my ancestors - she escaped to from the problems many faced in Ireland since the famine.

P. Rowan: Oh yes - although one might need some other source of income, as it's a very competitive business - and one has to make a great effort - but it is very satisfying!

P. Rowan: I got the impetus one afternoon during my first year as a student at Trinity College in Dublin. I sat down and started to do a short story about an attractive woman. My pen just kept moving to the end, and I was fortunate, because it was taken up by a small College magazine, which encouraged me to continue - although I was diverted for some not very satisfying years as a UK tabloid journalist.

IAN: Did you have to travel much for your book research?

P. Rowan: My work as a journalist took me to quite a few places around the world, and when I then moved on to an academic post, I was fortunate in having long paid leave periods, so my wife and I were able to travel extensively ... at least until our kids arrived!

P. Rowan: My next story is a stand-alone. It is about a young Irish playwright, Jack, and his actress girlfriend, Maria, who - out of nowhere, but with a great play - catch the attention of a Hollywood agent and take a flight to LA. The agent wants Jack to write a screenplay, while Maria is offered a small movie part. It goes well for a while, but Jack gets distracted by another woman, so Maria takes off for India. We then follow their amorous and other adventures from two perspectives ... only I'm not quite sure how the story is going to progress, but I'm enjoying the writing!

P. Rowan: If you get the urge, just sit down with a pen (preferably a biro) and scribble away for 40 or 50 minutes. If you cover a few sheets of paper without stopping, you're probably well under way and won't want to stop.

P. Rowan: Mainly I just want to write down what I feel impelled to say, although one must put it in such a way that it will/can draw in one's readers. If it works for you, the chances are that others will also be taken by what you've written ... and the watchwords for all aspiring writers have to be 'don't ever stop scribbling!'
Posted by William R Potter at 7:02 PM