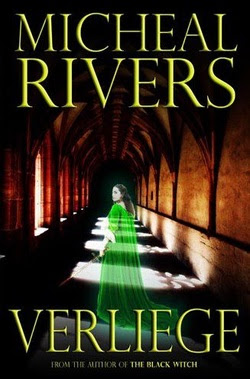 The world of Adrian Bolt shattered as his wife lay butchered on the floor of Castle Verliege. His conviction by a German court was as swift as the sword that killed her. He maintained his silence knowing his story would not be believed. Though his reputation was impeccable there was nobody willing to stand for him.

Another world lay in wait for anyone living within the walls of the castle; waiting, watching, for eternity to keep the Mueller name upon its registers. There is only one world here for those who choose to stay. To enter its doors is an invitation you will not soon forget!

Praise for Verliege from Amazon.com

"...Like Gilman, Hodgson, and Lovecraft, the richness of dialog is not lacking in Rivers's prose...Rivers does not so much stand upon the shoulders of these giants as he rubs elbows with them."
- Amy K. Marshall, Staff Reviewer, Dark River Press

" ... writing is so descriptive you will feel like you are there, in the story."
- Jennifer at Can't Put It Down Reviews

"...an offering so realistic... His protagonists have a realism that is not often found. "
- Karen Doering "Parent's Little Black Book" 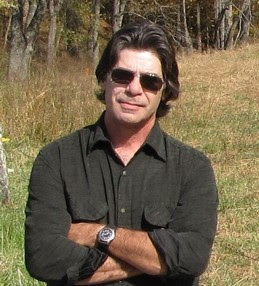 Micheal Rivers, born in 1953, is an American author. His writing genres include Thriller,Paranormal and Horror. Micheal has been writing for several years. In the past he concentrated on Romantic Poetry. In recent years he has focused on writing Fiction and Paranormal stories.

Micheal has over thirty years of investigating and collecting stories of the paranormal. He is the lead investigator for the Smokey Mountain Ghost Trackers of Western North Carolina. He served his country as a United States Marine during Vietnam. He is a native North Carolinian. He lived in the Chicago area in the past and furthered his education there. He served the community as an Emergency Medical Technician while living there. Micheal currently resides in the mountains of North Carolina along with his wife and his Boxer he fondly calls Dee Dee.

Verliege and two hundred other indie published ebooks are included in the IAN Christmas Kindle Fire Giveaway! For contest info and to enter to win a Kindle Fire HD 8.9 CLICK HERE