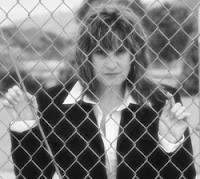 I have a bachelor degree in police forensics and a master’s in criminology. In addition, I hold certifications in serial crime and criminal profiling. I’m a member of the International Association of Forensic Criminologists. I’ve published four fiction/thrillers and one screenwriting workbook.

I was born and raised in California where I currently reside with my husband, two large dogs, and two incorrigible cats. I developed a love for books and writing at an early age.

I have an intense curiosity about crime and the varied connections between the actual crime and the criminal mind. This propelled me to return to school and earn a master’s degree in 2008. My academic background has helped to prepare me to write in the thriller, mystery, and crime fiction genres.

IAN. Please tell us a bit about Dark Mind.

JC. DARK MIND is a crime fiction thriller. It’s part of the Emily Stone Series, but I write all my books to stand alone.

Vigilante detective Emily Stone continues her covert pursuits to find serial killers and child abductors, all under the radar while shadowing police investigations.

Emily searches for an abducted nine-year-old girl taken by ruthless and enterprising slave brokers. Following the clues from California to the garden island of Kauai, she begins to piece together the evidence and ventures deep into the jungle.

It doesn’t take long before Emily is thrown into the middle of murder, mayhem, and conspiracy. Locals aren’t talking as a serial killer now stalks the island, taking women in a brutal frenzy of ancient superstitions and folklore. Local cops are unprepared for what lies ahead. In a race against the clock, Emily and her team must identify the killer before time runs out.

IAN. How long did it take to write Dark Mind?

JC. I’m an outliner, so I spend a fair amount of time preparing the book initially. My outline is like my choppy first draft or a book roadmap. During the outlining, I do most of my research. When I finally get to the writing part of my book with chapters and rewrites, the total (including outlining) amount of writing time is approximately six to eight months to complete.

JC. The storyline for DARK MIND hit me when I was vacationing in Kauai. It’s one of my favorite places. I remember clearly, when I was sitting on a deserted beach watching the waves and thought, “what if” there was a serial killer here? How would they handle this type of investigation? I found out later that Kauai did have a serial killer in 2001. The murders stopped after three women were killed and then the cases went cold – still unsolved today. Very intriguing, I thought. I felt that the uniqueness of the island with excessive rains in areas, remote locations, and the general feeling of the island would make a great backdrop to a thriller story.

JC. I’m a true night owl, but I found out that I wasn’t getting enough sleep during the day when I wrote late into the night. I switched my writing schedule to daily banker’s hours and I find that I’m the most productive. I write mostly in the afternoons about four solid hours Monday through Friday unless there’s another project or commitment. I spend Saturdays catching up on work from the week and I take Sundays off.

JC. I confess! I outline, but I’ve managed after four books to fine-tune it for my choppy first draft. In writing a thriller, I need to see the general flow of the story in order to keep good pacing and enough thrills for the reader. From my outline, I can see if there’s enough storyline for an entire book or if I need to elaborate on a subplot, or anything else that looks out of place. It saves time with the long, grueling process of rewrites.

IAN. How is Dark Mind different from other thrillers?

JC. That’s a great question! I don’t know if my book is different, but I tried to give the reader some insight into the serial mind, while keeping the pacing and entertainment of the story fresh.

IAN. Is Dark Mind published in print, e-book or both?

JC. Yes, all of my books are published in ebook and paperback.

JC. I hope that readers enjoy the thrill of the chase and come away with some understanding and new tidbits about serial killers.

IAN. Where can we go to buy Dark Mind?

JC. My books are available at Amazon, Barnes & Noble, Smashwords, and can be ordered from any book retailer.

IAN. I’m already jotting down ideas and scenes for my next thriller with a working title of Revenge for Justice. Again, it’s part of a series, but will be written as a stand alone novel as well.

JC. I welcome questions and comments. You can find more information about me and my books.

Two tattered wicker chairs sat on opposite sides of the porch in front of two sash windows. The screens around the sitting area used to keep most pesky mosquitoes away had long since deteriorated, curled and ripped vertically from age and constant humidity.

First step, then the second onto the porch felt like a carnival fun house with sloping sides and uneven movement from the weight of two people.

The blonde man pushed Emily’s left shoulder with the barrel of the gun urging her into the house. The rickety screen door squeaked as Emily slowly pulled it open, it slipped slightly off at a strange angle due to neglect.

Darkness greeted her with an unknown agenda.

She contemplated her next move and waited for an opening to pounce – the sooner the better. The man didn’t expect any resistance from a woman who appeared submissive and frightened – all the classic victim behaviors that Emily was not.

The brightness outside wasn’t enough to overexpose her eyesight inside the cottage. The interior windows covered with heavy black drapes and lack of any luminescent made for a creepy entrance. Slasher movies with chainsaw murderers flashed through her mind.

The hair stood up on the back of Emily’s neck even before the pungent smell of old garbage, booze, and human body sweat hit her senses. The putrid odor kept increasing as she moved deeper into the living room and made her swallow hard to keep from gagging. She knew if she continued into the house it would be next to impossible to escape – too many unknowns not in her favor.

Elements of surprise slowed her pace. She counted down the seconds and inventoried the thrift store furniture consisting of a broken down couch with protruding springs, two overstuffed, mismatched chairs, and a small fold out table with two straight back chairs.

Pieces of mangoes, pineapples, and empty beer bottles covered the table; the fruit had turned dark around the edges allowing flies to feast on the blackened remnants.

“Company.” The British man announced as the screen door slammed shut behind them, the broken door still wobbled on its rusted hinges, squeaking for a few seconds.

Emily’s odds for escape now doubled with two people in the house, instead of just one man with a shotgun.

Small steps forward, left foot, right foot, then pivoting to the left and spinning around to face her attacker, Emily pounced on the man, pressed against him close enough to smell his sickly sweat, and shoved the shotgun upward blasting off a shot through the ceiling. Splinters and chunks of drywall sprinkled the living room like an early snow dusting of winter in the mountains.

The room echoed from the blast. A couple of seconds passed before the world had normal audible sounds.

Emily knew she couldn’t over power the man, but she used her quick self-defense moves to her advantage.

Momentarily stunned, the man blinked twice and before he could retaliate, Emily slammed the heel of her right hand into his face making direct contact with his nose. Blood instantly spurted from his membranes and she felt the slippery, warm liquid on her hand spattering her face and white t-shirt.

Rage and adrenaline pumped through her body and catapulted her forward as she landed a solid right hook on his jaw. He didn’t stand a chance and dropped to the floor. The shotgun flew, completing one full revolution, end over end, and rested next to the sagging couch.

Fighting the urge to kick his face repeatedly for what he had done to the little girl in the basement, Emily took a set of plastic zip ties from her pocket, rolled the bleeding man on his side, and expertly looped his hands. She pulled them tight – too tight. She didn’t care. He moaned, dazed by the blitz attack.

Posted by William R Potter at 5:01 AM