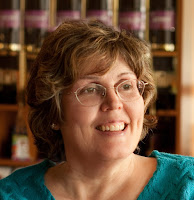 MM. A murder arranged as a suicide … a missing deed … and a bereft daughter whose sheltered world is shattered.

August, 1869: Lily Granville is stunned by her father’s murder. The police believe it was a suicide but she knows the truth. Guilt plagues her, since she argued bitterly with her father about the family lawyer’s loyalty. And only that lawyer knew her father had possession of a valuable California gold mine deed—a deed vital to fight a court battle against another claimant in California. Now the deed and the lawyer are missing.

Determined to track her father’s killer and join her uncle in Sacramento to fight the court case, Lily heads west on the newly opened transcontinental railroad. After her baggage is ransacked in her Omaha hotel room, she realizes she is no longer the hunter but the prey. It seems her father’s killer believes she is taking the deed west to Sacramento. And as things progress from bad to worse, Lily is uncertain who to trust—the China-bound missionary who wants to marry her, or the wandering Texan who offers to protect her … for a price.

Danger, intrigue and a second murder turn this adventure west into true peril. Will Lily survive the journey and unexpected betrayal?

IAN. How long did it take to write the book?

MM. I wrote Double Crossing’s first draft one summer, and then revisited it several years later after earning my MA in Writing Popular Fiction at Seton Hill University. By that time, I’d learned exactly what I needed to do for revisions – adding more plot twists and characters’ emotions. I knew it was pretty solid after that.

IAN. What inspired you to write Double Crossing?

MM. The 1969 movie True Grit originally inspired me long ago. While researching another book, I came across the history of the 1869 transcontinental railroad, and decided to use the “Iron Horse” to twist the premise of a girl’s father being murdered and how she would act to track the killer. The Coen brothers’ version that came out last year helped me to realize that westerns are still quite popular and give a unique flavor to the historical genre.

MM. My freshest time is early morning. I tend to write scene by scene, with a fairly complete outline so I don’t stray from the path. My process is more of an “ocean wave” where the tide comes in and goes out, LOL. I like to end up with a full 2nd draft when I’m done.

MM. I’m an outline writer. I’m too much of a control freak to wing it!

MM. Double Crossing is a historical western romantic suspense, which makes it quite unique! It’s more focused on the suspense than romance – and has vivid imagery and history details infused within the heroine’s first person point of view.

IAN. Is your book published in print, e-book or both?

MM. Both, first an e-book and then in print. Astraea Press operates through PayPal, and Double Crossing will also be available through Amazon and B&N.

MM. A sense of history, since the transcontinental railroad’s debut changed so much after the tragedy of civil war, plus a sense of justice being served. In real life, we can’t always achieve that. In genre fiction, readers can enjoy the story characters’ journey and be certain that the villain will be overcome.

IAN. Where can we go to buy Double Crossing?

MM. http://www.astraeapress.com at first, and then Amazon and B&N’s websites. Print copies will be the same.

MM. Double or Nothing is the sequel to Double Crossing, and I’ll see how that goes if I need to expand to a trilogy. I’m revising Heaven Sent, a stand-alone historical romance with a suspense twist, and have finished a traditional mystery, FIRE POINT, which is being considered by another publisher. Lots on my plate!

I burst into the house. Keeping the flimsy telegram envelope, I dumped half a dozen packages into the maid’s waiting arms. “Where’s Father? I need to speak to him.”

“He’s in the library, Miss Lily. With Mr. Todaro.”

Oh, bother. I didn’t have time to deal with Emil Todaro, my father’s lawyer. He was the last person I wanted to see—but that couldn’t be helped. Thanking Etta, I raced down the hall. Father turned from his roll-top desk, spectacles perched on his thin nose and hands full of rustling papers. Todaro rose from an armchair with a courteous bow. His silver waistcoat buttons strained over his belly and his balding head shone in the sunlight. I forced myself to nod in his direction and then planted a quick kiss on Father’s leathery cheek. The familiar scents of pipe tobacco and bay rum soothed my nervous energy.

“I didn’t expect you back so early, Lily. What is it?”

With an uneasy glance at Todaro, I slipped him the envelope. “The telegraph messenger boy caught me on my way home.” My voice dropped. “It’s from Uncle Harrison.”

Father poked up his wire rims while he pored over the brief message. His shoulders slumped. “I’ll speak plainly, Lily, because Mr. Todaro and I were discussing this earlier. My brother sent word that George Hearst intends to claim the Early Bird mine in a Sacramento court. Harrison believes his partner never filed the deed. He needs to prove our ownership.”

“Hearst holds an interest in the Comstock Lode, Colonel.” Todaro had perked up, his long knobby fingers forming a steeple. The lawyer resembled an amphibian, along with his deep croak of a voice. “His lawyers are just as ambitious and ruthless in court.”

Father peered over his spectacles. “Yes, but I have the original deed. I didn’t plan to visit California until next month, but we’ll have to move up our trip.”

“Oh!” I clasped my hands, a thrill racing through me. “I’m dying to visit all the shops out there, especially in San Francisco. When do we leave?”

I stared at the lawyer, who didn’t conceal a sly smirk. “You cannot leave me behind, Father. I promised to visit Uncle Harrison, and what if I decide to go to China?”

“Lily, I refuse to discuss the matter. This trip is anything but a lark.”

“It’s a grueling two thousand miles on the railroad, Miss Granville. Conditions out west are far too dangerous for a young lady,” Todaro said. “Even with an escort.”

“The new transcontinental line has been operating all summer. Plenty of women have traveled to California. I’ve read the newspaper reports.”

“I’m afraid the Union and Central Pacific cars are not at all as luxurious as the reports say. You have no idea. The way stations are abominable, for one thing.”

I flashed a smile at him. “I’m ready for adventure. That’s why I’ve considered joining the missionary team with Mr. Mason.”

Father scowled. “You are not leaving Evanston until I give my approval.”

“You mean until you dissuade me from ‘such a ridiculous notion.’”

“Need I remind you of the fourth commandment, Lily?”

Red-faced, annoyed by being reprimanded in front of Todaro, I ignored the rest of the conversation. I’d always wanted to see the open prairie and perhaps a buffalo herd chased by Indians, the majestic Rocky Mountains and California. California, with its mining camps, lush green meadows and warm sunshine, the cities of Sacramento and San Francisco that had to be as exhilarating as downtown Chicago. I’d pored over the grainy pen-and-ink drawings in the Chicago Times. Uncle Harrison, who’d gone west several years ago to make a fortune and succeeded, for the most part, would welcome me with open arms. I plopped down on an armchair and fingered the ridges of the brass floor lamp beside me.

Somehow I had to persuade Father to let me tag along on this trip.

When Mr. Todaro’s bulky form disappeared out the door, Father glanced at me. “All right, my dear. Let’s discuss this business about California.”

Heart thudding, I stood up. “Why do you need Mr. Todaro, Father? I don’t trust him one bit. Uncle Harrison has a good lawyer in Sacramento.”

“He insisted on accompanying me. Emil has a quick mind in court.”

“I wouldn’t be alive if not for his help. He pulled me out of a heap of bodies at Shiloh, remember. I know you don’t like him, Lily, but I will keep him as my lawyer.”

Frowning, I swallowed further protest. True, I disliked him. Something about the bulbous-nosed, oily man sent shivers up my spine. I crossed to the window, remembering the time I’d seen Todaro aiming a kick at my pet lizard in the garden. Telling Father about the incident now would make me sound childish and petty.

“Tell me about the Early Bird mine, Father. Is it like the Comstock Lode?”

“Quicksilver. Your uncle is set on new technology, hydraulic mining. It uses high pressure jets of water and is quite expensive. He knows more about it than I do.”

I chose a toasted point topped with cheese, tomato and spinach. “Then I’d better travel with you to California so I can ask him myself.”

“You need to stay here where it’s safe.”

After gulping some chilled lemonade, I set down the glass. I’d prayed on my knees every night and morning, waiting for some sign, but nothing changed. I didn’t love Charles, and didn’t share his missionary dream. If I rejected him, I might be stuck in a loveless marriage to someone else. If I married Charles, perhaps my inheritance money would come to good use once I turned twenty-one. But I’d be thousands of miles away from home, among foreigners, and might never see Father again. Neither choice led to happiness.

Tiny dust motes danced in a ray of late sunshine beaming through the window’s lace curtain. Cicadas droned outside among the trees. The mournful sound, buzzing low and then high, sent a shiver down my spine.