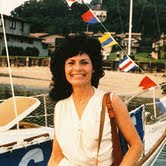 Join me Friday, June 3, 2011 9:00 A.M Pacific Daylight Time-11:00 A.M. CDT/ 10:00 A.M.MDT/ 12:00/Noon EDT for a blogtalkradio program that will have you riveted to the show as I talk about the unexplained phenomena and supernatural elements that permeate this TRUE crime drama.

Call 347-994-1903 to listen or press 1 to join the conversation and talk to the author. The chat room will be open on theblogtalkradio website where you can listen to the show and ask questions in the chat room. Carra Riley - http://cosmiccowpie.com/

"Fighting The Devil" is a True Crime story of consuming passion, deadly poison and murder written by Jeannie Walker.

The Indie Excellence Awards are reserved for the “best of the best” in books published in various genres. The criteria for recognition are stringent and include overall excellence in presentation. This award celebrates the highest achievements in independent press and self-publishing, a sector of the industry that has grown exponentially in recent years.

"Fighting the Devil" is a saga of murder, abuse, embezzlement, poison, and premonitions. Readers who enjoy suspense, strong female leads, and crime drama, will cling to every word.

Jeannie Walker is a real-life Sherlock Holmes. She follows the evidence to "Fight The Devil."

Jerry Sternadel, a self-made millionaire, Jeannie's ex-husband was poisoned to death in 1990. While hospitalized, he told nurses and doctors alike that he was being poisoned. The staff did not heed his frantic pleas, allowing the suspects continued access to him as he lay dying in the hospital.

No arrests were made for three years. Read about the woman ultimately convicted of first-degree murder and then sentenced with only a fine and a lengthy probation. The convicted murder was finally sent to prison a full 13 years after she committed the murder because she violated her probation.

To this day, a main suspect has yet to be brought to justice. There is a twisted triangle "hate" that will chill you to the bones.

Walker, who played a key role in helping law enforcement investigate many aspects of the murder, says she felt compelled to write the book. "I owe my ex-husband a voice, as he no longer has one," she says, adding that "when I see injustice, I want to fight it." She continues that fight now by raising new awareness of her ex-husband's case. The ex-wife-turned sleuth and author says that she hopes fans of crime stories have an appreciation of the pain, trauma, and grueling battle for justice that the family and friends of real-life victims experience. Additionally, she wants them to realize that if their lives are ever touched by anything as horrific as a murder, "they have the ability and right to become their loved one's advocate, and to become their own, real-life Sherlock Holmes."

This is a must listen to show as some day you might be seeing the story on the BIG SCREEN!

Jeannie Walker's story aired on TV as a segment of The True Crime Story on "Current Affair" and "SNAPPED" Season 1, Episode 12:

Twenty years after the murder, Jeannie Walker penned "Fighting the Devil". had fought the devil even before her ex-husband was murdered, but was she prepared for the unexplained phenomena of the evil supernatural being from the belly of hell?

Connect with the Author of "Fighting The Devil," Jeannie Walker:

buy the book on Amazon