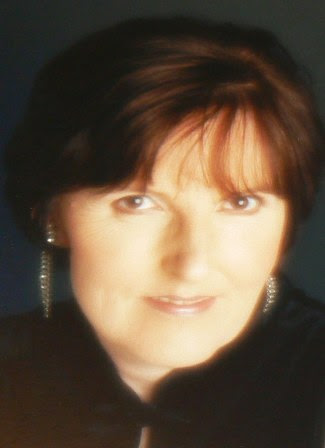 I have a lot of interests and I’ve been very lucky to be able to follow them. Theatre, music, travel, history, and wildlife conservation probably seem an odd mix, but they do come together in the one thing I love most: writing. I was thrilled when my first two novels, Dangerous Liaisons and Illicit Passion, received five star ratings from Reader’s Favorite. Dangerous Liaisons was also a romance finalist in the Independent Authors Network Competition 2015.

S. Stuart: Illicit Passion: An Erotic Romance Saga is the second book in the Royal Command trilogy, but it’s written to be read as a standalone. Lisette Marsh, a Broadway superstar, is approached by a man from her past who blackmails her with the threat to reveal that she bore a child of incest. Sixteen years later she escapes him and flies to Paris, where she joins her father, and ex-lover, for a concert tour of Europe, and he, with the help of the whole family, puts into action an audacious plan to set her free. Their daughter, Harriet, finds out the truth and vows vengeance on all who conspired to register her birth as the twin of the man she loves but cannot marry. Readers’ Favorite reviewer, Janelle Fila said: “Author Sarah Stuart handles the serious nature of the theme well and readers will love the soap opera quality of this story. The characters are larger than life, beautiful, glamorous and glitzy, but have their demons and secrets. Getting to know those secrets and peeling back the layers that lie beneath the superstar glamour is the fun of the story, and readers will really appreciate this incredible journey.” 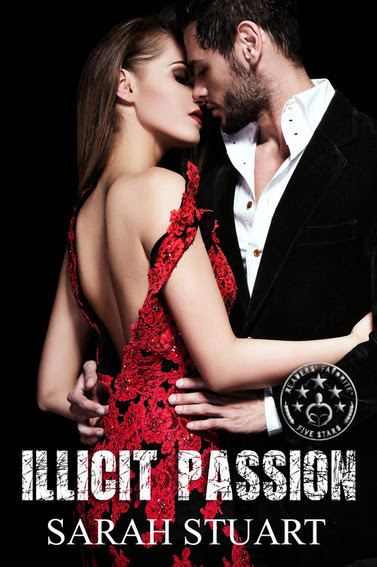 IAN: Where can we go to buy Illicit Passion?

S. Stuart: viewbook.at/ILLICITPASSION  Is a link that takes potential readers to the Amazon purchase site in their own country, where there is a choice of eBook or print.

IAN: What inspired you to write the Royal Command trilogy?

S. Stuart: Actually, it’s who not what. I’ve been involved with show business for many years but the idea for the first book, Dangerous Liaisons, which underpins the trilogy, was a chance meeting with an international superstar of stage and screen. He told me a very personal story about how long partings affect a marriage, especially when children are involved. It started me wondering “what if” and Lizzie and Michael’s tempestuous love story developed from that.

IAN: Do you use an outline or do you just wing the first draft?

S. Stuart: I start with a rough idea of what is going to happen, and I do a lot of research. Once the characters begin to “live” they take over and I think that shows: a number of reviewers describe my books as character-driven. I’m not sure if the readers realise just how character-driven; once they’re grounded, their actions and reactions turn the plot upside-down and inside-out.

IAN: Do you have a specific writing style?
S. Stuart: I use the third person so that I can show the story from more than one point of view. I use four in Illicit Passion: Michael, Lisette, James and Harriet. The ones I use in a specific chapter have their own section and I open it by using their name: after that, only other characters involved in the scene are named, frequently, to ensure it’s clear who is speaking, or doing something.

S. Stuart: Til Death Us Do Part by Jan Sikes. I read the first three books in the series and bought this one the day it was published.

IAN: If you had to do it all over again, would you change anything in Illicit Passion?

S. Stuart: No. I’m happy with Illicit Passion. I made several changes to Dangerous Liaisons, to ground all three books more. Writing novels is a learning curve, even though I had published short stories and articles previously.

S. Stuart: I travel around the UK; the family settings in all my books to date are London and Scotland, including those associated with the historical thread back to Margaret Tudor, James IV of Scotland’s queen. Otherwise I use places I’ve already visited, as I did for Michael and Lisette’s concert tour of Europe in Illicit Passion. I like to absorb the atmosphere and picture the lives of the people who live, or have lived, in a country or city; my husband is the photographer and leaflet collector.

S. Stuart: Employ a professional editor/proofreader. I prefer the freedom of self-publishing but authors are so close to their own work they read what they expect to see.

S. Stuart: The message behind incest, the central theme in the Royal Command trilogy, is that we should be slower to condemn and more prepared to forgive. It isn’t right, even between consenting adults, and I don’t glamorize or condone it; I show the shame and heartache it causes.

S. Stuart: Dynasty of Deceit will be the final book in the Royal Command trilogy: like the others, it will be a standalone. I plotted it over the winter and I was writing the first draft throughout a discussion about Illicit Passion on Goodreads in April. Readers’ comments and questions told me which characters interested them most, and why, and that was very useful information. In a family saga it’s inevitable that older characters will die and new ones either marry into the family or be born. Michael remains eternally popular, but there were many questions about Harriet, Kit, and little-known young Greta. All of them feature in Dynasty of Deceit.
Posted by William R Potter at 10:36 PM