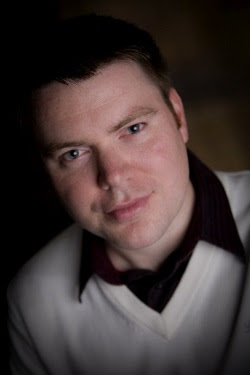 Since 2009, Jason Garrett has led readers on a series of thrilling journeys that began upon the foray into the world of Eric Kade in the novel HOMECOMING. Following the lives of two distinct characters, Garrett's series immersed readers in a world of long lost love, faith and honor, betrayal and morality, and many other topics all beneath the clever guise of a horror tale. As seen through the eyes of demon-hunting preacher Eric Kade and the love of his life, Nickel Warren, HOMECOMING is an inspirational thriller sure to encourage and appeal to a vast audience of believers and non-believers alike.

In 2010, Garrett led readers back to Bishop's Island for the tale of Aryn and Ryan Rayburn. With PURSUIT, his second novel under the Dream Big publishing logo, the history of Bishop's Island unfolds over the course of the abduction of beautiful historian, Aryn Rayburn. As her husband, Ryan, sets out to rescue her, she uncovers deeply buried secrets and treasures on their island home. This story of love and redemption has resonated with many readers and has opened up a whole new world for readers to discover.

Jason Garrett author of Homecoming and Pursuit: A Tale of Bishop's Island